The state of 19th century Korea (Joseon Dynasty 조선왕조 李氏朝鮮) was very similar to that of present day North Korea. The majority of the population were starving and were enslaved by the royal court and bureaucrats called Yangban (양반 両班) who were supported by Qing Dynasty China. (Just like Kim Jong-un and his henchmen rule North Korea with aid from China today)  When Japan defeated China in Sino-Japanese war (1894-95), the court and bureaucrats lost their backing. Soon Korea fell into total chaos. To avoid the Russian invasion, Korea chose to become part of Japan in 1910. This move was welcomed by the majority of the Koreans (former slaves who enjoyed freedom and better lives under new administration) but was resented by Yangban who lost their privilege to enslave people. (Yangban would soon launch an independence movement)

Professor Alleyne Ireland of University of Chicago was the leading expert on colonial administration in Asia. He gained deep knowledge of Japan's annexation of Korea from his visit there in 1922. The following are excerpts from his book "The New Korea" published in 1926.


My opinion of Japanese administration in Korea has been derived from the consideration of what I saw in the country, what I have read about it in official and in unofficial publications, and from discussions with persons (Japanese, Korean and foreign) who were living in the Peninsula at the time of my visit.

It is true that at the time Japan annexed Korea in 1910, the actual conditions of life in the Peninsula were extremely bad. This was not due to any lack of inherent intelligence and ability in the Korean race, but to the stupidity and corruption which had characterized the government of the Korean dynasty, and to the existence of a royal court which maintained a system of licensed cruelty and corruption throughout Korea. Such was the misrule under which the Koreans had suffered for generation after generation that all incentive to industry and social progress had been destroyed because none of the common people had been allowed to enjoy the fruits of their own efforts.

From 1910 to 1919 Japanese rule in Korea, though it accomplished much good for the people, bore the stamp of a military stiffness which aroused a great deal of resentment.

1.  Non-discrimination between Japanese and Korean officials.
2.  Simplification of laws and regulations.
3.  Prompt transaction of state business.
4.  Decentralization policy.
5.  Improvement in local organization.
6.  Respect for native culture and customs.
7.  Freedom of speech, meeting and press.
8.  Spread of education and development of industry.
9.  Re-organization of the police system.
10.  Enlargement of medical and sanitary agencies.
11.  Guidance of the people.
12.  Advancement of men of talent.
13.  Friendly feeling between Japanese and Koreans.

The general consensus of opinion in Korea in 1922 was that Governor-General Saito had been animated by a sincere desire to rule Korea through a just and tolerant administration, that he had accomplished notable reforms, that in the matter of education he had ministered very generously to the cultural ambitions of the people, and that in regard to their political ambitions he had shown himself eager to foster local self-government and to infuse a spirit of friendliness and cooperation into the personal relations of the Japanese and Koreans.

Discussing Korean affairs with a good many people (Korean, Japanese and foreign) I found almost unanimous agreement on two points: one, that native sentiment had shown a continuing tendency to become less anti-Japanese in recent years; the other, that the remarkable increase in the country's prosperity had been accompanied by a striking improvement in the living conditions of the Korean people at large.

Writing now, four years after the date of my visit, and having in mind the most recent accounts of the state of Korea, I can express my conviction that there has occurred a steady and accelerating improvement in the general conditions of the country, in the administrative organization and personnel, and in the temper of the intercourse between the Koreans and the Japanese.

"The average life span of the Koreans doubled from 23 years in 1910 to 45 years in 1945, and the population doubled from just over 12 million in 1910 to over 25 million in 1945 due to the institution of modern healthcare under the Japanese. Economic output in terms of agriculture, fishery, forestry and industry increased tenfold from 1910 to 1945. The economic development model the Japanese instituted played the crucial role in Korean economic development, a model that was maintained by the Koreans in the post-World War II era." 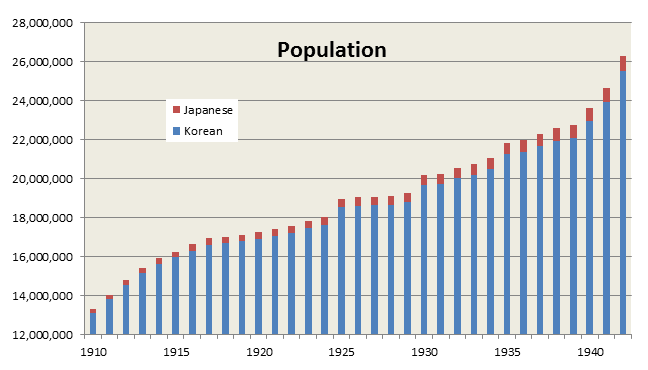 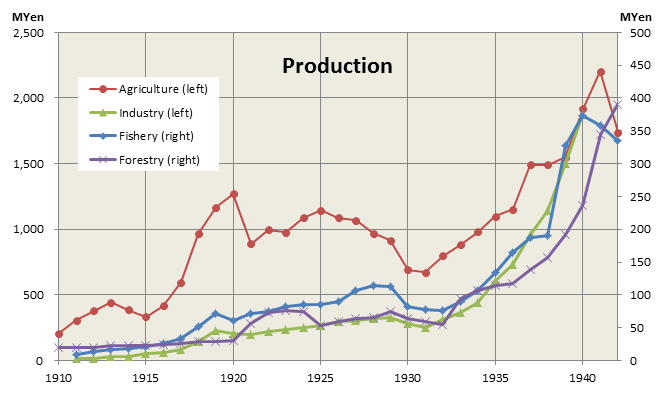 The books by Professor Alleyne Ireland and Professor Atul Kohli make it clear that the common perception in the West -- the Japanese invaded Korea, exploited Korean people and committed atrocities -- is a myth. If Japan is to annex North Korea right now, kick out Kim Jong-un and liberate majority of the North Koreans, wouldn't they welcome Japan's annexation with open arms? That was exactly what happened in 1910.


Footnote: You can read Professor Alleyne Ireland's book "The New Korea" in its entirety at http://goo.gl/czecMx


The former US President Herbert Hoover visited Korea twice, the first time in 1909 and again in 1946. He noticed that many changes had occured in Korea during the Japanese rule. 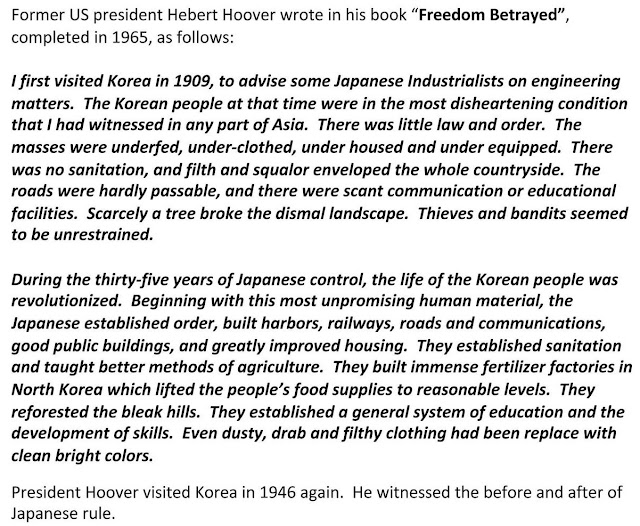 Posted by Korea Institute of History at 4:42 PM