"I am 92 years old, and I want to tell you the truth" by Professor Choe Ki-ho 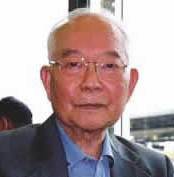 I was born in 1923. For the sake of South Korea and for Japan, I want to tell you the truth. Telling the truth could threaten my life in South Korea, but I feel it is my duty to do so.

I lived in Seoul during the annexation period. I also spent some time in Tokyo. In those days, the Koreans were more proud of being Japanese than the Japanese themselves. At movie theaters in Korea, they showed the war news before the movies were played. For example, if they showed the image of Japan's victory in New Guinea, the Koreans shouted banzai and gave a round of applause. I loved movies, so I went to movie theaters in Japan as well, and the Japanese were calmer. Nowadays the Koreans who speak positively of the Japanese are criticized as "Chinilpa (pro-Japanese)" but in those days over 90% of Koreans were pro-Japanese. After the war, successive South Korean governments have brainwashed the youths with anti-Japanese education in order to incite hatred towards the Japanese. 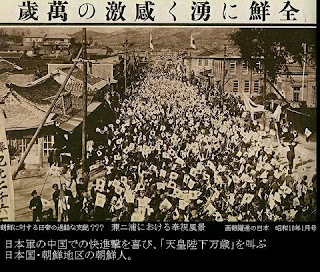 90% of history education in South Korea is distorted. In South Korean classrooms, our teachers don't teach how corrupt the Joseon Dynasty was in the 19th century, and they make their students believe that the Koreans could have gained independence without Japan's help.

By becoming part of Japan in 1910, education, healthcare, industry and infrastructure in Korea improved dramatically. The foundation of becoming a modern state was built during the annexation period. Yet we teach in our classrooms that Japan's annexation set back Korea's progress. 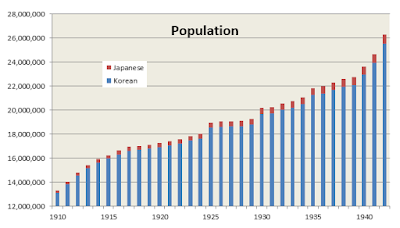 Population and average life span of Koreans doubled under the Japanese

The Joseon Dynasty ruined Korean industry, and the Korean thinkers who advocated reforms were brutally executed. The Koreans today shout "brutal Japanese!" "sex slaves!" but the Korean ruling class (Yangban) in the 19th century was far more brutal. The final years of the Joseon Dynasty were so hellish that they would only compare with the present day North Korea.


"I received my education under the Japanese, and I wasn't discriminated at all" 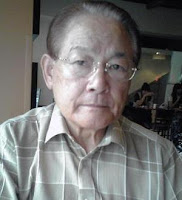 Colonies have existed since the 15th century. Modern history of mankind can be called the colonial age. We encounter former colonies wherever we go in the world. In Africa people are still in poverty long after the end of being colonized. Which former colonies have achieved economic success? South Korea and Taiwan. Both of them were former Japanese colonies. India was one of the British colonies, but the British didn't spend money on infrastructure, and the Indian economy didn't develop for a long time. It has finally started to grow, but its GDP per capita and literacy are still very low.

Japan spent a lot of money on infrastructure both in South Korea and in Taiwan. This was very unique. Other colonizers squeezed natural resources from their colonies but didn't invest in them. Half of Japanese taxpayers' money was spent on colonial infrastructure so that the quality of life would be equivalent.

During the Joseon period, the overwhelming majority of the Koreans could not attend schools. When the Japanese came in, they built many schools. So I was able to receive my education, and the quality of education was just as good in Korea as in Japan. The Koreans and the Taiwanese were able to attend military academy of Japan as well. Other colonizers didn't allow people from their colonies to attend military academy of the colonizers. In other words, the Japanese didn't discriminate in education either. In other colonies the discrimination was rightful. The Japanese rule in Korea and Taiwan should not have been called colonization. It was annexation, similar to what England did with Scotland. The Koreans like me who experienced Japan's annexation reminisce it, but unfortunately the younger Koreans who received anti-Japanese brainwashing in schools despise it.

A man in his 30's beat a man in his 90's to death because the old man supported the Japanese rule of Korea. The court imposed a five year sentence on the assailant.

Mr. Park said, "I fondly recall the period of the Japanese rule. It was fortunate for Korea to have been ruled by Japan." Mr. Hwang could not control his temper. Mr. Hwang kicked Mr. Park, forcefully took his 80cm long walking stick supporting him and hit his face several times.

Mr. Park was taken to a hospital. He was diagnosed with cerebral hemorrhage and a fractured skull, which would take eight weeks to heal. Mr. Hwang was charged with assault after interrogation by police.

At first, the court categorized this case as a simple assault and entrusted it to the summary court. However, after Mr. Park died in the hospital, the situation changed.

The prosecutor attributed the death of Mr. Park to the assault by Mr.Hwang and changed the charge from assault to assault causing death. The case was also transferred to the district court where three judges presided over the trial.


Korea was the one that requested to become part of Japan

The photo on the left: A telegraph sent by Iljinhoe (Korea's leading political party) requesting Japan to annex Korea (click to enlarge)

The photo on the right: Iljinhoe enjoyed the overwhelming majority among political parties

"The annexation was forced upon Korea by Japan" is a lie

Right after the end of WW2, many Koreans wanted to remain Japanese citizens

The sign on the left says "We are against the U.S. trusteeship"

There were many demonstrations like this one across the Korean Peninsula 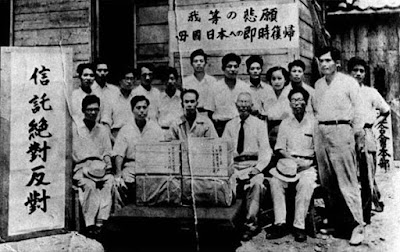 
IJA was one of the most coveted professions among young Korean men. 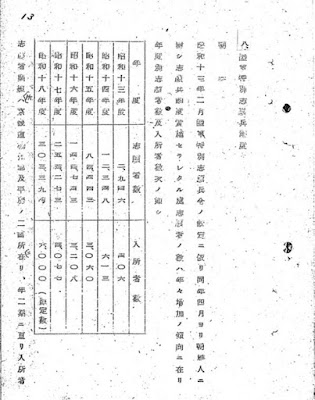 Education under the Japanese

The photo above: Seoul National University (the very first university in the Korean Peninsula)

The photo below: Seoul Women's Normal School (the women couldn't receive education during the Joseon period) 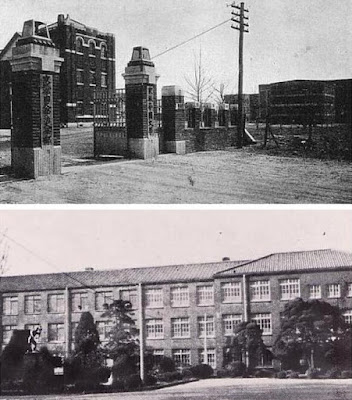 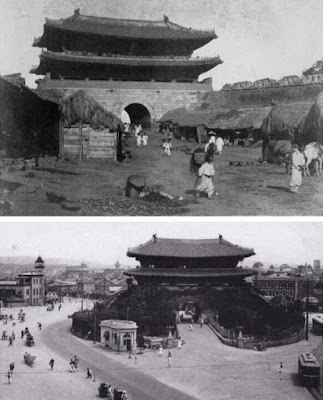 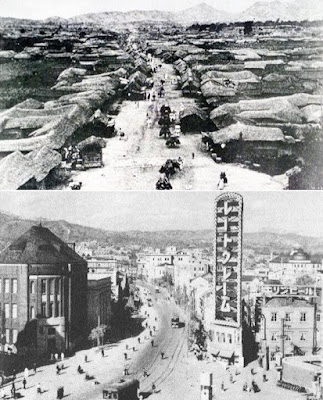 Quality of life improved dramatically under the Japanese

The photo above (Joseon period) 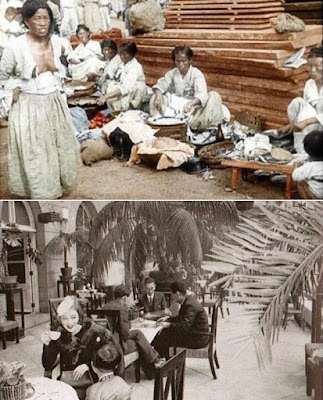 Posted by Korea Institute of History at 1:00 AM